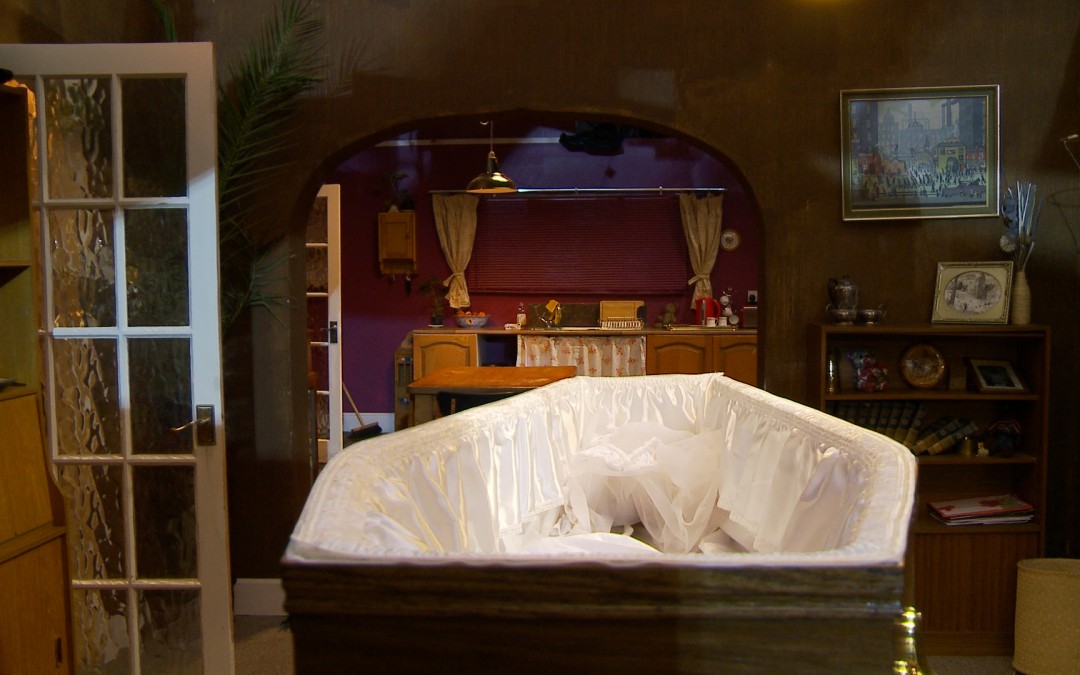 Gemini was chosen to provide technical support on both the set build and lighting. over 350 meters of wood and thirty sheets of ply were turned into two rooms with three doors, window and working sink. The set was backed with scaffolding and a central archway built as a divider between the rooms.

The team and I built the set in a week and then I switched hats to design the lighting and act as gaffer for the shoot. Mark Mackenzie sparked for me on what turned out to be a manic five day shoot, demanding almost every bit of grip we own and a lot of our lighting kit. An ambitious script presented it’s fair share of challenges but we were more than able to deliver the results the director was after. Tim was “hugely impressed with the attention to detail”, loved the location and allowing for the compact nature of the studio, thought it “just like working at Pinewood”. He referred to me as “an amazing gaffer”